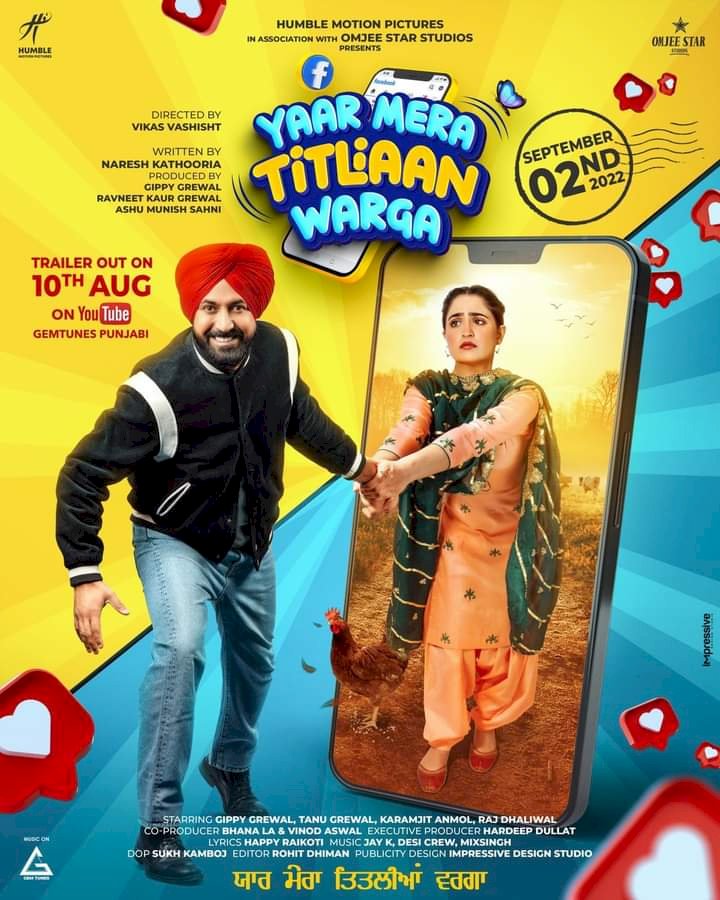 6th August, 2022: Humble Motion Pictures and Omjee Star Studios’s next Punjabi film, ‘Yaar Mera Titliaan Warga’ is already creating a lot of buzz and excitement with their first song ‘Iko Ik Dil’ launched yesterday. And now the team has announced the release date of their much awaited trailer. It’s all set to release on 10th August, 2022 (Wednesday). It will be available on Gem Tunes YouTube channel at 9 AM. Starring Gippy Grewal and Tanu Grewal in lead roles, the film promises to be a complete family entertainer. From the first look itself, it is evident the film will offer the audience a great deal of laughter, sprinkled with some family drama.

Speaking about the film, here’s what Actor-Producer Gippy Grewal has to say, “Yaar Mera Titliaan Warga will surely be a fun filled ride for the audience. It is full of elements that the audience loves - comedy, emotions, drama and of course, fun bantering.”

DESHO AND AJOONI ARE IN TROUBLE AGAIN!

OMG !! Will injured Diya be able to win the finals?

Early diagnosis of thyroid dysfunction need of the hour...

Early diagnosis of thyroid dysfunction need of the hour