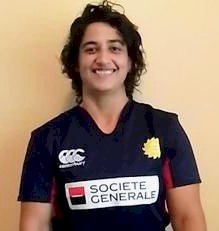 Ahmedabad, Sept 24: Indian women Rugby 7s captain Vahbiz Bharucha believes that her beloved sport has gained in popularity in the country since it made its debut in the last National Games in 2015.

“Women’s Rugby especially has caught on across the country and is no longer played in small pockets,” she revealed. “Young girls are playing it, not just for fun but also with a degree of seriousness,” she added.

“It may only be the second time that this version of rugby is part of the Games but that was seven years ago,” she pointed out, even as she prepared to lead Maharashtra’s charge towards the podium.

“It was added at the last moment in 2015. We didn’t know what to expect and just turned up. It was only when we reached Kerala that the magnitude of the event struck us,” she said. “Since then, rugby 7s among women has grown tremendously,” she added.

This time too, with the Gujarat government stepping in to host the Games at the last moment, the teams had to get their act together quickly.

“But we still had reasonable time to prepare. We are all excited to come and compete along with India’s star athletes,” Vahbiz, who is a practising sports physiotherapist, declared, gushing at the prospect of rubbing shoulders with other sportspersons.

Rugby 7s, from September 28-30, will be held at TransStadia in Ahmedabad.

Speaking purely from Maharashtra’s perspective, Vahbiz Bharucha said her team is keen to perform up to potential and extend its stay in the tournament all the way till the final. We are looking forward to giving off our best,” she said, adding that the team is hurting after finishing fourth in the National Championships last month.

Bihar, who went on to win the National Championships in the Pataliputra Sports Complex in Patna, surprised Maharashtra 24-17 in the semifinals. Maharashtra then lost the bronze medal play-off to Odisha 12-24. “We want to get back to where we belong, in the final,” Vahbiz Bharucha said.

My international career took off after the National Games in 2002: Sania Mirza

Chai Sutta Bar spreads taste of Kulhad with yet another...

MBD group organizes meet of distributors and booksellers  in Chandigarh

Milkha Singh passes away aged 91 due to COVID-19 complications