Kriti Sanon opens up on playing Sita in Adipurush, works on her Telugu for the film

A few days ago, Kriti Sanon confirmed being a part of Om Raut’s passion project Adipurush. The actress was rumoured to be a part of the film since the beginning only to confirm the news with a social media post. She had posted a couple of pictures with Prabhas, Sunny Singh Nijjar, and director Om Raut. For the unversed, Kriti Sanon will be seen playing the role of Sita in the film while Prabhas and Sunny Singh Nijjar will portray the roles of Ram and Laxman, respectively. 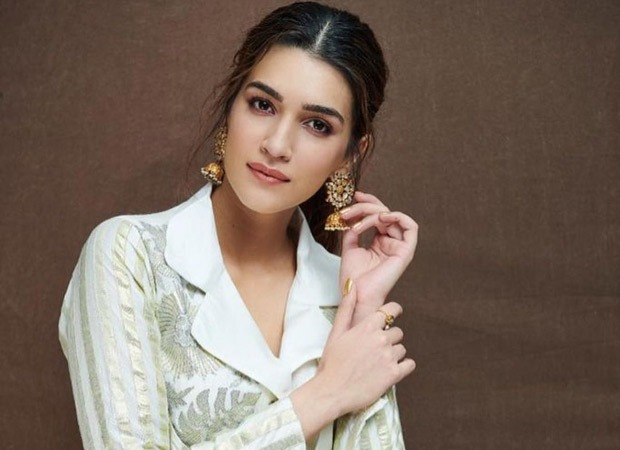 Playing a historic character once again after Panipat, Kriti Sanon opened up about the responsibility that comes with playing such a historic character with a massive significance. The character Sita has a sentimental value to it and so Kriti Sanon wants to make sure that she’s doing justice to it. While she’s overwhelmed to be playing the character, she does not want to portray anything that is not true. Speaking on working on her Telugu, Kriti Sanon said that this is the first time that she’s doing a role with such extensive chroma work, and since it’s a Pan-India project, she had to work on her Telugu.

Talking about her rapport so far with co-star Prabhas and director Om Raut, she said that Prabhas seems shy at first but is a complete foodie who loves feeding his costars. While she’s not worried about Om Raut bringing out her best, she’s happy to be a part of the project. Kriti Sanon will be shooting for Adipurush for four days before heading to Arunachal Pradesh for Bhediya and will come back to continue shooting for the former project again. She says that she has dedicated the months of March, April, and May to these two projects.

People came out in support of farmers chasing Chandigarh-Delhi highway

Millets Workshop   was organized at HIIMS

Workshop   was organized at HIIMS