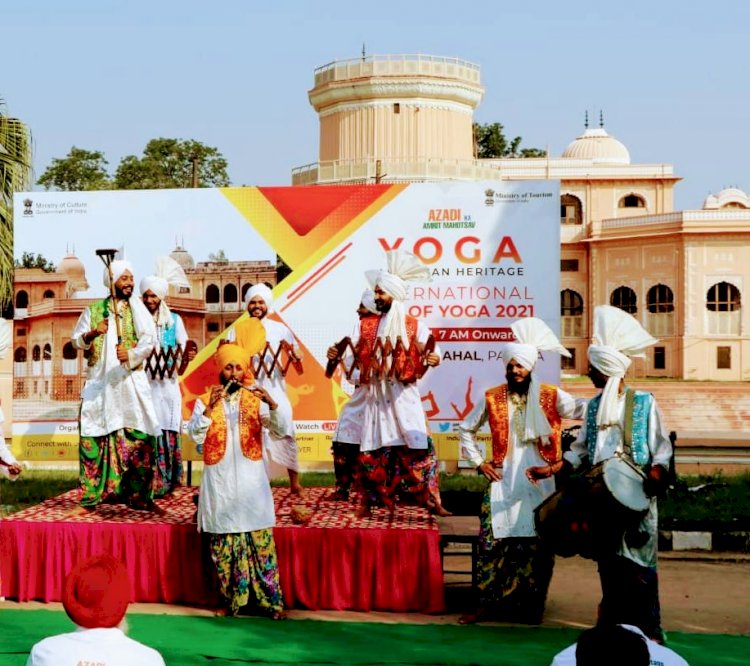 Chandigarh-21/06/21
7th International Day of Yoga-2021 was celebrated at two important heritage places in Punjab including at Patiala and Amritsar, today.
In Patiala, the event was celebrated at Sheesh Mahal, whereas, it was the Summer Palace of Maharaja Ranjit Singh, popularly known as Company Bagh, in Amritsar, where people participated in the Yoga session that started at 07.00am.
Christened as ‘Yoga An Indian Heritage’ it was celebrated as a part of the “Azadi Ka Amrit Mahotsav” campaign.
Yoga Guru Sh. Ashok Rana at Patiala and Yoga Guru Sh. Pramod Sodhi from Bhartiya Yoga Sansthan at Amritsar taught various Asanas to participants for a healthy living. The sessions were followed by cultural programme on Punjabi folk.
North Zone Cultural Centre, Patiala and Archaeological Survey of India (ASI), Chandigarh Circle organized the events under the aegis of Ministry of Culture, Government of India, at both the places.
DS/RB

At present, Night curfew will not be imposed in Chandigarh

Chandigarh residents write to Commissioner to clean up...

Illegal parking imposed, people are beaten up for not paying

plantation drive was carried out by Georgian Association...

The Chandigarh resident’s body was sent for autopsy, which revealed multiple injuries...

Plantation of Sacred and Healing Herbs Organised by SGGS...

Chandigarh Transport Undertaking (CTU) has taken an initiative to connect with tricity...